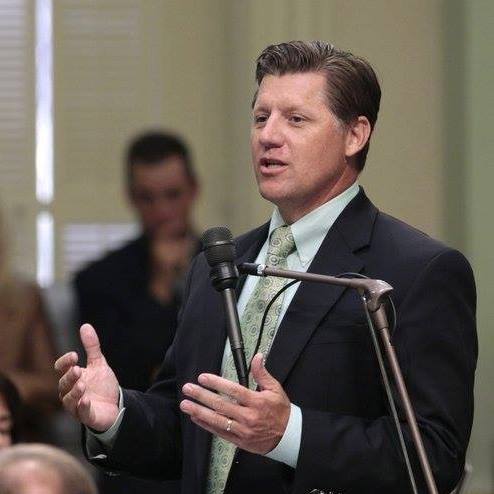 Senator Brian W. Jones was elected in 2018 to serve the people of California’s 38th Senate district. Prior to serving in the Senate, Jones was a Santee City Council Member for eight years from 2001 to 2010 then again from 2017 to 2018. Jones was the representative for the 71st Assembly District from 2010 to 2016.

Jones grew up in the district and attended Santee Elementary, Cajon Park Middle School, and Santana High School. He continued his education at Grossmont College before earning a bachelor’s degree in business administration at San Diego State University.

Senator Jones is committed to lowering taxes and the cost of living for all Californians, creating an economic environment for small businesses to thrive and recover from the COVID-19 pandemic, addressing rising crime and keeping our communities safe from sexually violent predators, supporting our Armed Forces and our veterans, finding common sense solutions to homelessness, and protecting our Second Amendment rights. Jones' legislative achievements include the introduction and co-authorship of "Made in America" legislation, which makes it easier for manufacturers to do business in California, legislation to support the growing craft beverage industry in California, legislation allowing non-motorized vehicles such as scooters, bicycles, and wheelchairs in skate parks and legislation that protects foster children from child labor trafficking.

Jones is married to his wife of 29 years, Heather. They enjoy spending time with their three children, Christopher, Melina, and Matthew. The outdoors are a huge part of his and his family’s life. He’s an avid mountain biker and motorcycle rider and is a co-chair of the California Outdoor Sporting Caucus.